Your advertising at BER Airport

From now on there will be only one major airport in Berlin: The Berlin Brandenburg Airport BER (Willy Brandt). After many delays in the construction works, the BER airport was opened on October 31, 2020. Passengers will depart and arrive at a total of three terminals. Berlin Brandenburg Airport has a train station with several platforms directly under the terminal. In the future, a train connection to Berlin's central station with a travel time of half an hour is planned. 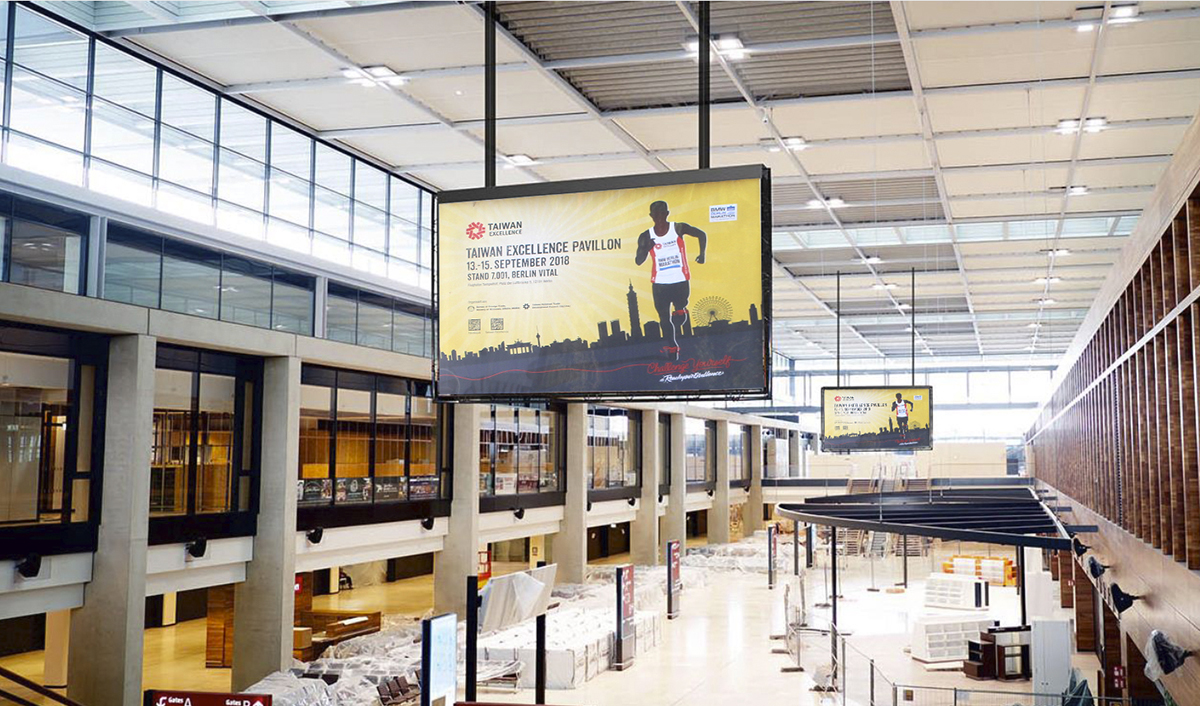 Airport advertising is an excellent opportunity to present an advertising message at the most frequented locations with an international audience.

The BER offers you the most diverse types of advertising surfaces (all locations can be booked individually or systematically connected with each other) and promotion surfaces that are just waiting to be activated by your ideas and advertising messages.

Advertising at BER Airport is as simple as that!