Those who rely on "City Light columns" are assured of extremely high contact numbers and corresponding attention. But why actually? It is due to the combination of various factors that make "city light columns" an exceedingly popular advertising media with a premium character. This much in advance: it is effective for advertisers in every respect. 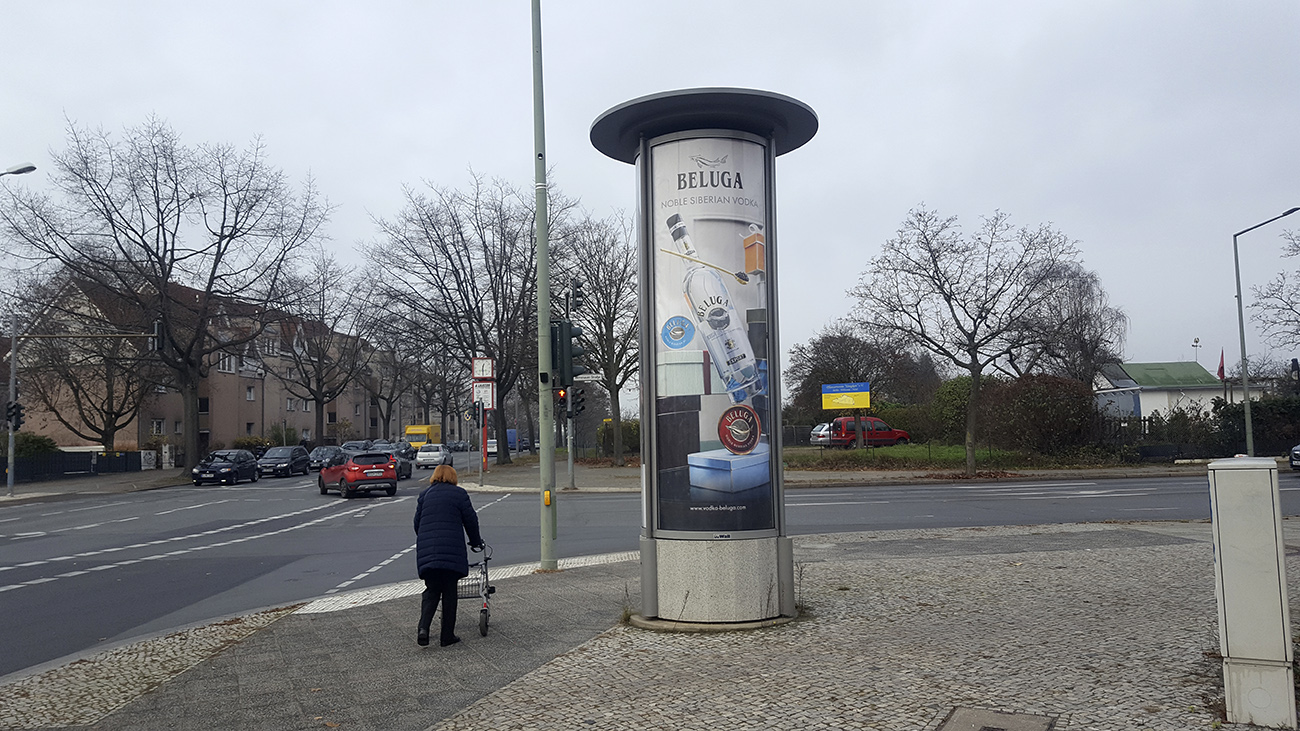 The advertising columns can always be found where life pulsates. Be it at major crossroads, famous shopping streets or at busy, as well as popular, city hotspots. A city light column (CLC) will always be found where there are many passers-by and where there is a lot of (street) traffic. Thus, a high number of contacts is almost a matter of course due to the targeted selection of top locations.

In addition, the presence of the brand can be further increased by the number of locations, also to increase recognition among recipients. Therefore, "Beluga Vodka" chose a total of 135 columns throughout Berlin and was thus omnipresent on Ku'Damm or Alexander Platz.

Dimensions: An eye-catcher in every direction 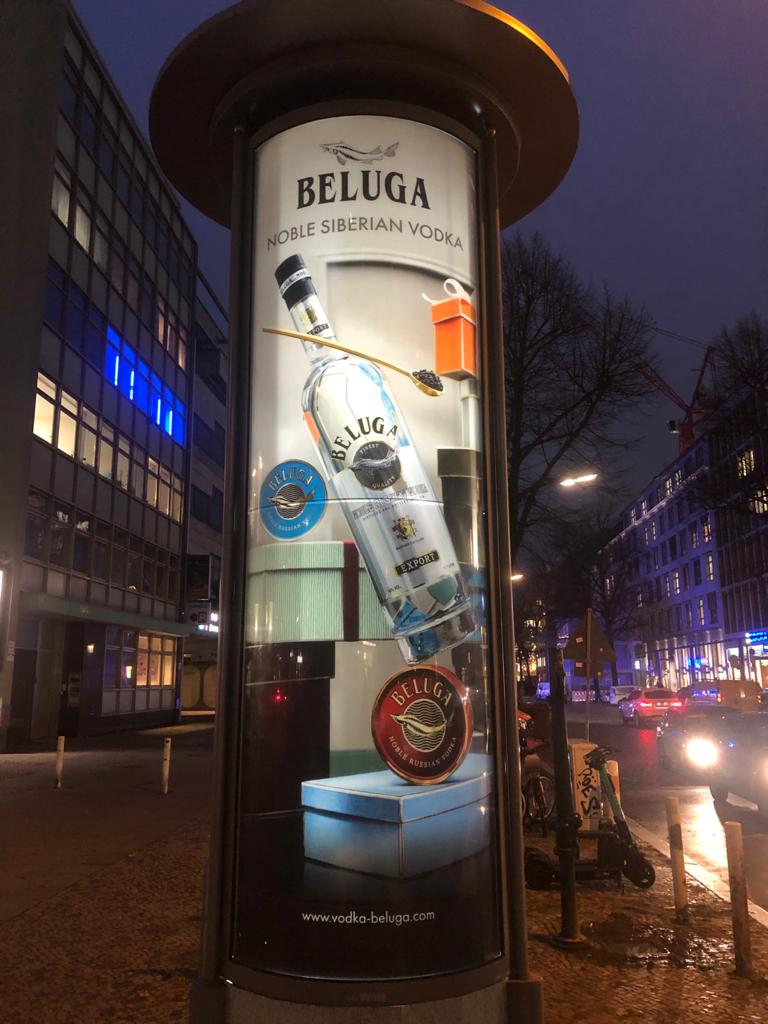 With a visible dimension of 1.15 m wide x 3.42 m high, this advertising medium is sure to attract the attention of everyone on the street, as it is simply impossible to miss - even from a distance! This is how "Beluga Vodka" made skillful use of the advertising surface and provided an incentive for a Christmas gift idea with a matching motif.

A decisive advantage of the modern CLC is also the rotation of the columns. The fact that the posters can rotate around their own axis means that the advertising message is always clearly visible in every direction. In addition, the movement of the column helps to attract the attention of passers-by and their gaze is inevitably drawn to your campaign. The reach is thus increased even further.

Always visible: At any time of the day and in any weather conditions

City light pillars captivate with their modern design and attract attention, even at night. Thanks to the backlighting - a true radiance - the advertising media stand out strongly against the darkness even in the winter season. But it is not only the illuminants that help to ensure that the advertising message is always clearly visible, as well as easily legible. The full glazing of the column always protects the posters underneath from the effects of wind and weather, which is an important criterion, especially at a cold and wet time of year. This guarantees that the advertising never becomes wavy or illegible. The associated image transfer thus remains positive over the entire booking period. Thus, our client "Beluga Vodka" could be sure that even after 5 weeks of advertising surface occupation, the inventory was intact and only the best impression of the brand was gained.

Whoever relies on City light columns is relying on premium in every respect. High contact numbers and increased attention are guaranteed. Because these pillars not only impress with their visual character and modern design, which also has a positive effect on the brand, but also with top locations. Depending on the number of advertising surface, the recognition of the advertising is also strengthened. In addition, the visibility of the advertising message is guaranteed in all day and weather conditions, which increases the reach many times over. CLC are true premium advertising media, BELGUA thought so too and chose the right advertising medium with their premium vodka.