Europe-wide OOH campaign: "Walk your own legacy" with Snipes

Outdoor advertising does not only generate high contact numbers and enormous reach in your hometown, no - your OOH campaign can also cause a sensation all over Europe but read for yourself.

Our client "Snipes", a retail chain for streetwear and sneakers, also decided on a Europe-wide impact. To kick off the collaboration with the hip-hop fashion label and the designer of the same name "Karl Kani", Snipes promoted the new Sneaker 89 PRM under the motto: "Walk you own legacy". To give the come-back of the designer and the new collaboration the attention it deserved, Snipes decided, among other things, to use gigantic outdoor advertising surfaces, and not just anywhere, no! For a booking period of two weeks each, the retail chain specifically advertised in the urban centers of Europe's most famous fashion cities, namely: Paris, Barcelona and Milan with digital CLP, tunnel branding and the Giant Digital Screen.

Digital CLPs in Paris: Right in the middle instead of just being there 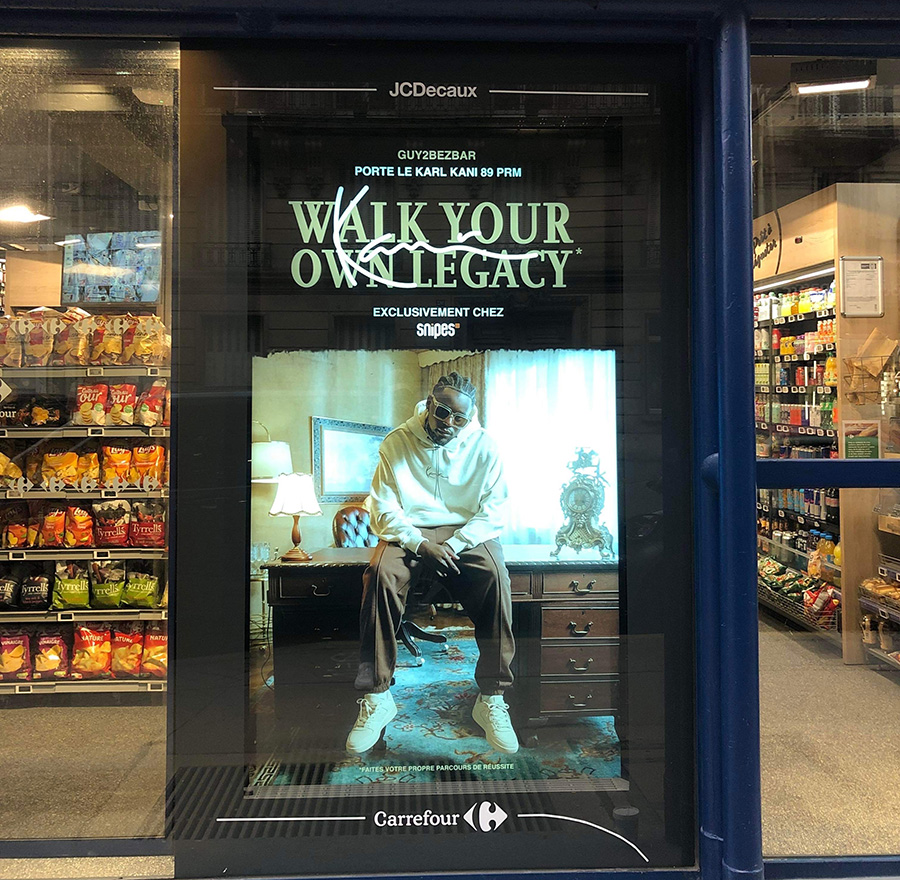 Tunnel Branding in Barcelona: Runway for your advertising 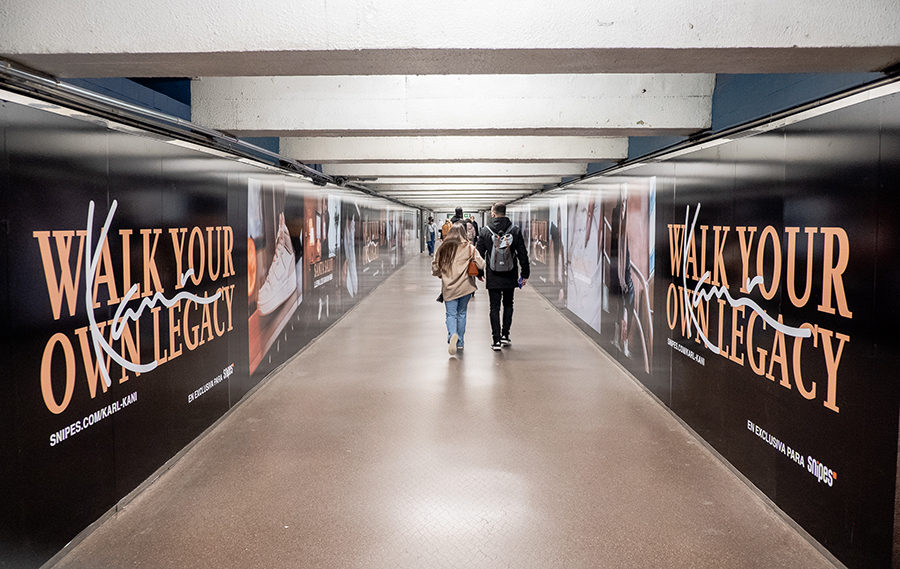 In this case, the floor was not additionally covered with "floor branding", but nevertheless "tunnel branding" truly gives your advertising a runway on which several thousand contacts are generated every day. In Barcelona, the outdoor advertising was placed in the pedestrian passageway that connects two metro lines. On a total of 90 meters per side, the Snipes advertising - on the left and right - lined the walkways of passers-by. This means: Full attention for the booking period of two weeks, as the advertising surface belonged exclusively to Snipes. The perception of the advertising by target groups and the resulting reach is correspondingly high, as there are no other distractions or disturbing factors.

Giant Digital Screen in Mailand: All eyes on Snipes 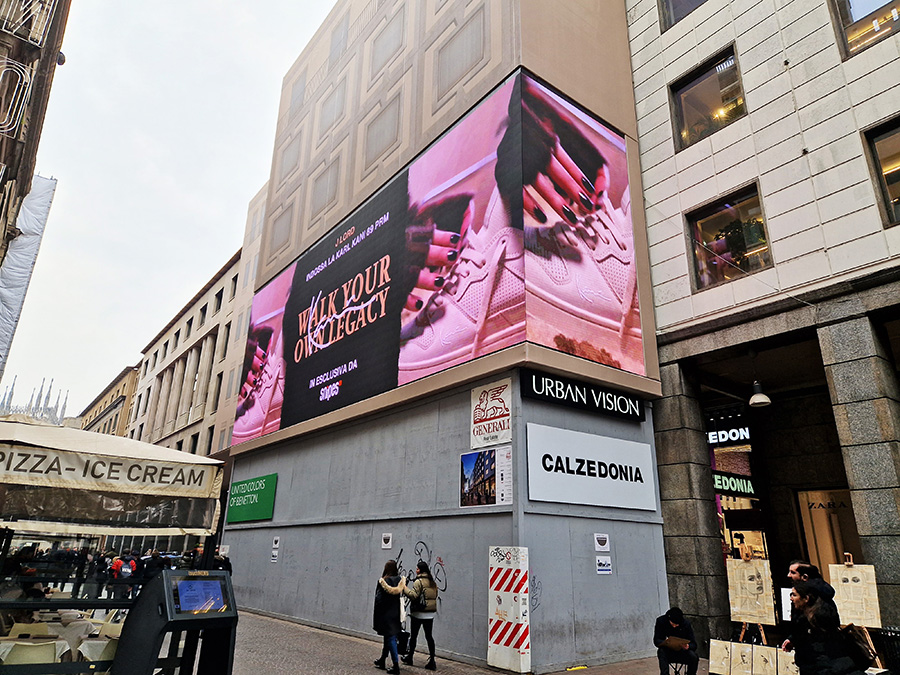 When your brand is the direct focus of attention in the middle of Milan, it can only be a large Giant Digital Screen. "All eyes on Snipes", because the advertising message simply cannot be overlooked on the oversized video wall. In addition, the XXL Digital Screen winds around the corner of the house, making the outdoor advertising look even more vivid and eye-catching. This OOH advertising medium is also an attention-grabbing highlight at night. The high-resolution LED lamps ensure that target groups always have a clear view of your advertising even at late hours. This is how you generate valuable contact figures around the clock.

With digital CLPs or the Giant Digital Screen, you achieve high reach, enormous contact numbers and effective advertising attention throughout Europe. And now: "Walk your own legacy"? Would you like to follow this motto and advertise with an OOH campaign in Rome, London or Berlin? No problem, we will gladly accompany you on your way. Let's make a splash together and across Europe: with outdoor advertising!